Liv Gibbons (2008) has been serving as Associate Pastor of Pioneer United Methodist Church in Walla Walla, Washington. The UMC bishop made the appointment effective on July 1. Be sure to check out her creative worship resources on the congregation's facebook page.

Braxton D. Shelley, former DDH Resident and Stanley A. Marks and William H. Marks Assistant Professor at the Radcliffe Institute; Assistant Professor of Music in the Harvard Faculty of Arts and Sciences preached, "Because they are hard," at Harvard Memorial Church on Sunday, June 28. "Doing justice and loving mercy and walking humbly, these are our high callings. While we should be honest and forthright about the difficulties we face, we should also draw strength from the fact that we've done hard things before. It was hard to struggle against slavery, to strain after suffrage and to combat Jim Crow. And it will be hard to get justice for Breonna Taylor and George Floyd and all those trampled by the new Jim Crow. And that is the reason we ought do these things. Not because they're easy, but because they are hard."

Congratulations to McKinna Daugherty (2010) and Theodore "T.J" Shinners who will celebrate their wedding on June 25, 2021. Their celebration has been postponed a year due to the pandemic. They note, "Love is patient."

Video technology and PPE have allowed field learning to continue this summer despite the pandemic. MDiv students Benny VanDerburgh (2019), Erin He, and Ross Allen (2019) are doing Clinical Pastoral Education (CPE) in hospitals in Chicago and the greater Kansas City area. Hiatt Allen (2018), not pictured, who is based in Kentucky this summer, is working in community engagement. 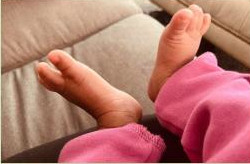 Congratulations to Richard and Ayanna Johnson Watkins (2000) on the birth of Nia Ann Watkins. She is "glorious," and is home with her parents and big sister.

Stephanie Paulsell (1985; former trustee) has been re-appointed the interim Pusey Minister at Harvard University. She will lead Memorial Church for another year, and continues as the Susan Shallcross Swartz Professor of the Practice of Christian Studies at Harvard Divinity School.

Assata Gilmore, former Monday night dinner staff and daughter of Associate Dean Yvonne Gilmore (2001), has been elected the 2020-21 president of Purdue Student Government. She is the first African-American female elected to serve in this role at Purdue University. Don't miss the ad for her B.O.L.D. campaign.

Robert L. "Bob" Bromley (1953) died on May 2 in Marion, Iowa, after a month of hospice care at home. He was 89. Born and raised in Palo Alto, California, he graduated from Chapman College (now University) in Orange, California. He entered the University of Chicago Divinity School as a Disciples Divinity House Scholar in 1953, and received his BD. Ordained in the Disciples of Christ in 1956, he served both Disciples and United Church of Christ (UCC) congregations in Illinois, Iowa, and Nebraska, including many intentional interims. Wherever he was, he considered community involvement an important part of his ministry. One of the highlights of his career was being a police chaplain in Lincoln, Nebraska. He served on several social welfare boards throughout his ministry, including CROP, and developed the first Head Start and Day Care program in the nation in Louisiana, Missouri. He wrote curriculum for CE:SA, a multi-denominational project and was president of the Congress of Disciples Clergy. More recently, he was chairman of the Linn County Board of Public Welfare and of the Democratic Caucus in Cedar Rapids, and involved in the Inter-Religious Council. He enjoyed playing flute and piccolo in his high school band and later in the Stanford Concert Band. A member of the Sierra Club, he did several work projects in California and Utah. He also was a voracious reader and enjoyed theater.

In 1981, he married Ann Seibold Stewart, who survives him. They traveled to all 50 states, enjoying camping in the early years, and internationally. He is also survived by the children of his first marriage, Delores (Jim) Hasty, Jeannette (Kelly) Klaus, David (Heather) Bromley, and Tim (Jill Egizio) Bromley; by Ann's children, David (Amanda) Stewart and Christine (Ted) Bailey; and by grandchildren and great grandchildren. A celebration of his life will be held at a later date at Marion Christian Church. More here.

Marshall Dunn (1965; trustee) is serving on the Response Team of the General Commission on Ministry of the Christian Church (Disciples of Christ). This is the latest of many leadership roles in which he has served across ecumenical, general, regional, and local expressions of the church.