"Captured by the vision" 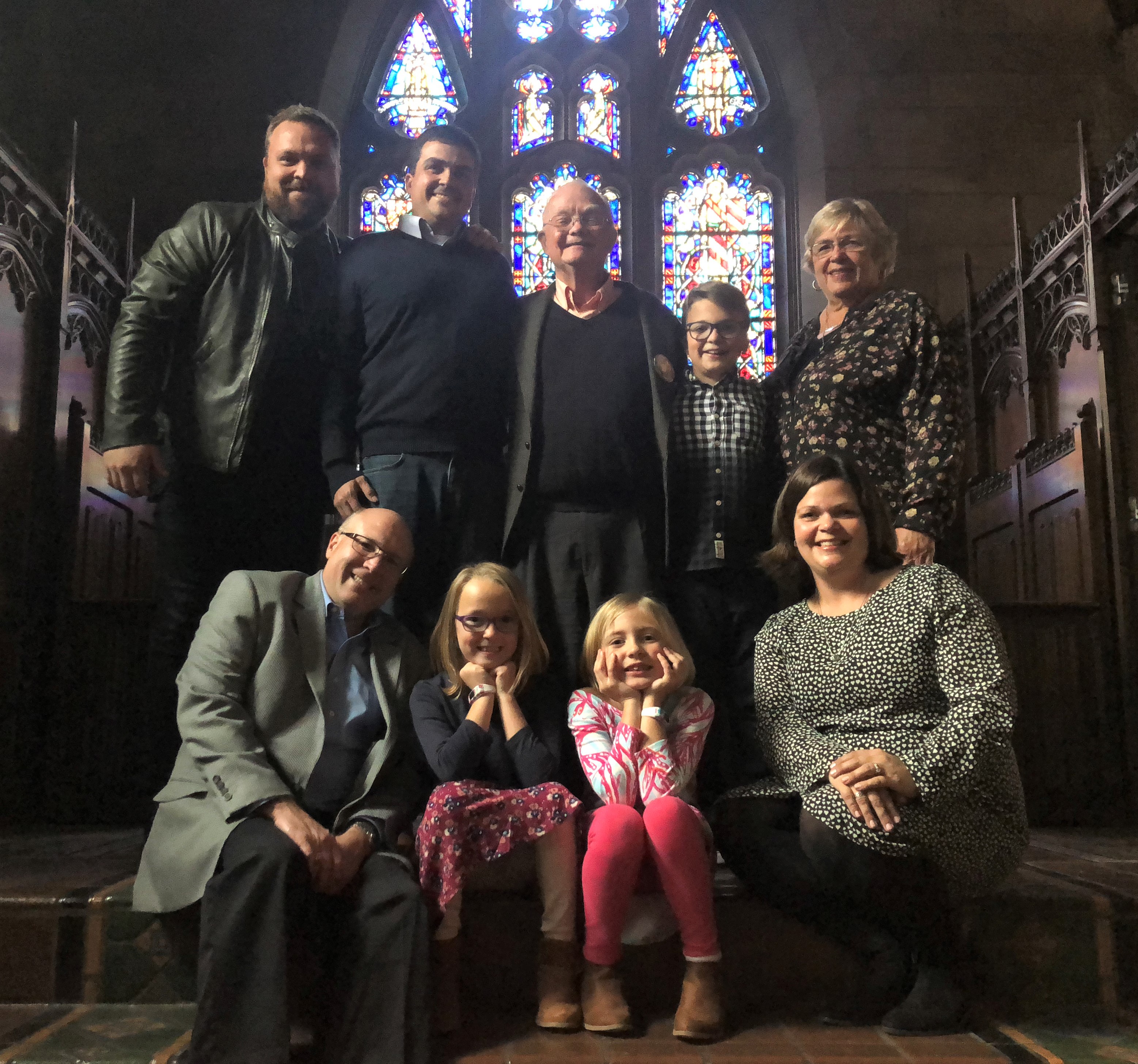 In October 2018, Jim and Peggy Powell came to Chicago for the DDH Board meeting—Mr. Powell has been advising the trustees on plans for the 125th Anniversary. Unbeknownst to them, three of their children and three grandchildren also traveled to Chicago that same weekend. Jim was shocked to tears when the group walked into the library at the Disciples Divinity House at the end of the meeting to announce their goal of endowing the Jim and Peggy Powell Scholarship at the Disciples Divinity House.

Reflecting on their parents’ legacy, their love and encouragement of their children and the church, and their ministry over the past forty plus years, spurred the Powells’ children to act. Their dad’s life-threatening heart event two years ago and subsequent by-pass surgery further motivated their efforts.

Drew Powell and his great friend, Gaylord Yu, consulted with Jim and came up with the plan to endow the scholarship. Peggy agreed whole-heartedly, and then Than, Laura, Elizabeth, and their families joined in. “We have been captured by the bold vision and rich history of DDH,” Jim and Peggy explained.

Contribute to the scholarship

Drew, Than, Laura, Elizabeth, and their families invite others to join them in honoring their parents and funding the scholarship. They are well on the way to their goal of celebrating its first recipient.

GIVE A GIFT in honor of Jim and Peggy to the Disciples Divinity House for the Jim & Peggy Powell Scholarship.

Gifts can be given online, by check, and by transfer of securities. Please make your check payable to the "Disciples Divinity House" and note "Jim & Peggy Powell Scholarship" in the memo line. Contact Dean Kris Culp for more information.

The scholarship will honor them, and it will encourage emerging leaders for the church and world by helping to ensure full tuition, stipend, and housing support and providing for internships and other tailored learning experiences.

“Much of Jim and Peggy’s ministry was spent with Church Extension helping start new churches and fund the buildings and infrastructure of our denomination,” explained Drew, Than, Elizabeth, and Laura. “With this scholarship we hope to help further support the church by training the leaders who will serve in those churches.”

A word from Jim & Peggy 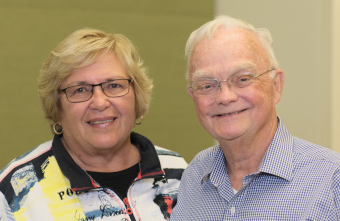 Jim Powell’s formal work with the Disciples Divinity House began after his retirement as President of Church Extension, but the relationship goes back many years. In fact, an uncle and a second cousin, both also named James Powell, were DDH alumni.

He explains, “When I began working with Dean Culp as she and the board made plans for DDH’s future, I knew that this is the place that epitomizes how leaders are cultivated and trained for their calling to lead in faithful and educated ways. As Peggy and I look at what will serve as a culmination of our lifelong desire to find, support, and educate leaders for the church to serve the world, we know it to be housed with the women and men who live and study at the Disciples Divinity House and learn from their professors at the University of Chicago Divinity School. We delight in the fact that this scholarship will make it possible over time for new leaders to be educated and nurtured into their faith and leadership and that it will happen with them having the possibility of doing so without debt.”