Sandhya R. Jha has been named the 2022 recipient of the Distinguished Alumna Award by the Alumni/ae Council. The author of four books and founder of the Oakland Peace Center, she is speaker, visionary, and community organizer who serves with the Emerging Leaders Program at Allen Temple. She graduated from the joint MDiv and Master of Public Policy program in 2006. Sandhya Jha is part of an outstanding generation of religious leaders who studied and thought together at Disciples House. Among this remarkable group, she stands out for creating new forms and venues of shared transformative engagement that are grounded in keen social and theological interpretation, and for writing that connects present engagement with the testimony of the ancestors and urgent implications for the future.

The Alumni/ae Council is pleased to announce a gathering of alumni, friends, and students in Chicago on June 10–11, 2022, to present the Distinguished Alumna/us Award. The theme for the gathering is “What Kind of Goodness Comes from This?”

We’ll gather to celebrate and to reflect together on the kind of goodness that comes even in times of trial and trouble. We're planning a mix of discussion, conversation, food, and festivity. The event begins at 3:30pm Friday with the presentation of the Distinguished Alumna Award and Sandhya Jha's address in response. It continues with a backyard BBQ, and nighttime StoryHour in the DDH Courtyard. Saturday morning we'll gather for breakfast outdoors, then for worship in the Chapel of the Holy Grail with Ayanna Johnson Watkins, and finally for a panel on the weekend theme. We'll conclude by noon on Saturday.

The Distinguished Alumna/us Award recognizes lifelong service and achievement by a Disciples Divinity House alumna or alumnus. The recipients have been exemplars of varied forms of ministry and service; in some sense, they have each defined these forms. The award, established in 1979, is typically presented at the General Assembly. 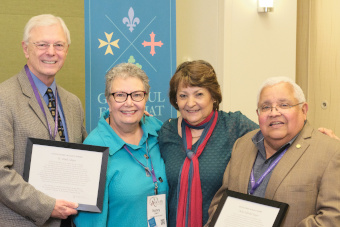 W. Clark Gilpin, former Divinity School and DDH Dean, and David A. Vargas, President Emeritus of Division of Overseas Ministries, were selected by the Alumni/ae Council of Disciples Divinity House as special 125th anniversary recipients of the Distinguished Alumnus/a Award. Their awards were presented at the DDH Luncheon on July 23, 2019, at the General Assembly in Des Moines, Iowa. Garry Sparks introduced them.

Clark Gilpin began his teaching career at Kenyon College, Ohio, and then joined the Phillips Theological Seminary faculty before becoming DDH Dean in 1984. He is the Margaret E. Burton Distinguished Service Professor Emeritus at the Divinity School where he served as dean from 1990 to 2000. From 2000 to 2004 he directed the Martin Marty Center. He studies the history of modern Christianity, and is the author of three books. He has served as a DDH trustee since 2011, and led the Disciples History and Thought seminar at DDH on a volunteer basis for more than a decade.

David Vargas's 28 years of service with the Division of Overseas Ministries of the Christian Church (Disciples of Christ) included ministry as the Executive for Latin America and the Caribbean, and culminated in his service, from 2003-11, as the President of DOM and Co-Executive of Global Ministries. He having helped to define Critical Presence as the priority in mission of Global Ministries, “the sacred project of meeting God’s people and creation at the point of deepest need.” Under his leadership, DOM launched a series of program initiatives toward “A Global Mission Church.” He has been a member of the Board of Trustees since 1999. 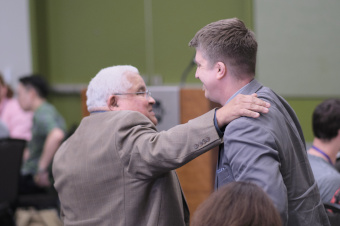 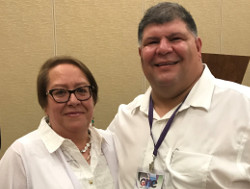 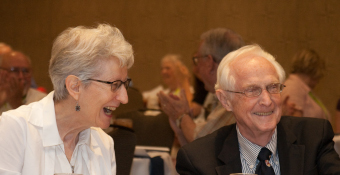 2003 Raymond B. Williams, Faithful Reason and a Reasoned Faith 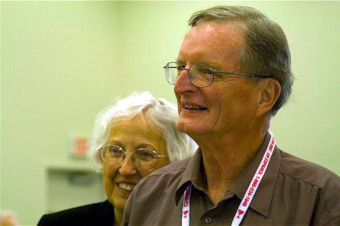