A Place of Welcome

A stunning entry courtyard, completed in 2019, symbolizes welcome and provides barrier-free access to this historic building.

University Christian Church in Seattle, Washington, honored James E. Stockdale, their esteemed and beloved former minister, with an magnificent gift of $500,000 to enhance the welcome of this historic building by providing for an ingenious courtyard design and adaptations to the first floor. 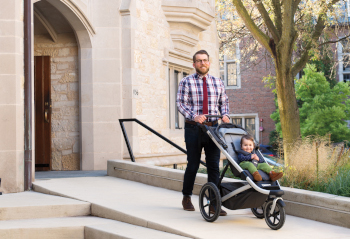 A wide sloping walk rises from the street to the center of the courtyard. To the right, a majestic limestone stairway leads to the entry portico. The massive oak doors, original to the 1928 building, are newly restored—as is the building’s Indiana limestone facade. Students coming and going pause to talk at a slate-tiled patio.

The main walk leads beyond an angled planter filled with spring bulbs and perennials. It branches to University Church on the left, straight ahead to the arched entrance to the Chapel of the Holy Grail, and back around on the right to a gentle ramp to the main entrance. An accessible restroom and gender-neutral shower have been constructed on the first floor.

Lighting, landscaping, and places for respite and conversation allow the vibrant life of the House to radiate from the building. In the first-floor Common Room and Chapel, resident student scholars gather for programs and worship, as well as informally.

Low light conditions had also been a hindrance for the many community programs hosted in the building. A generous grant from the Theodore and Beulah Beasley Foundation, Inc., of Dallas, Texas, together with gifts from alumni/ae and friends made possible dramatic improvements in lighting for these spaces and the entry foyer. 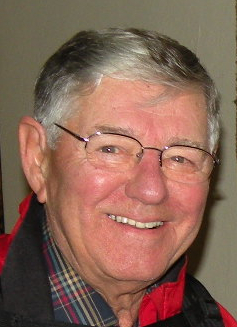 An alumnus, longtime trustee, and impassioned advocate of the Disciples Divinity House, Jim Stockdale depicted the House as a “threshold to excellence” for its centennial celebration. How fitting that this gift removes barriers at that threshold.

Jim and Pat Stockdale arrived in Chicago in 1952, when he became a Disciples Divinity House Scholar. Jim was a graduate of Bradley University in his hometown of Peoria. Pat was a speech therapist and, later, an administrator for Head Start and a realtor. They raised three children: Mark, Jennifer, and Jonathan.

After graduation and ordination in 1956, Jim served Orchard Street Christian Church in Blue Island and, later, First Christian Church in Mount Carmel, Illinois. In 1970, he was called to University Christian Church in Seattle, serving until his retirement in 1994. Under his leadership, the congregation extended its witness of community engagement, vital intellectual life, ecumenism, and the arts.

He was president of DDH’s Alumni/ae Council before being elected to the Board of Trustees in 1985. He served the board until 2019, including as Vice President and chair of the Development and House Committees. His younger brother, Tom, followed him to the House, and his son Jonathan became a PhD graduate. Jim Stockdale died in October 2021. 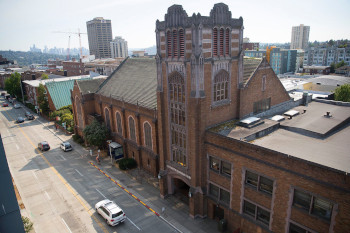 Founded in 1890, University Christian Church was a progressive Christian congregation that sought peace and justice in the University District of Seattle and beyond until it ceased its common life in 2018. A history of the congregation, compiled by Jim Stockdale in 1994 explains, “We believe that the task of transforming the world is a ministry that is shared among whomever calls him or herself a Christian. We join our efforts with men and women of other religions, so that in finding our common causes, we can be for the world a new vision of humanity—a humanity that builds people up rather than tears humans down.”

The Disciples Divinity House is profoundly grateful for its legacy and generosity, and for the opportunity to honor James E. Stockdale with them. This and other generous gifts were made possible by the sale of the church’s property and the foresight of the congregation. Their witness also continues through a foundation, and in the life of a new congregation, Journey Christian Church.